It All Started With A Borrowed Ham

In 1970, Paul Browning and his wife, Reba, opened a restaurant in Paris, Kentucky. One day Paul went to visit his father, William, at the family farm and he noticed several country hams hanging in the smokehouse to cure. Why so many? It seemed William’s hams had become something of a neighborhood legend - dozens of folks around town had signed up to purchase them each year.

That gave Paul an idea... Why not serve one of those fine country-cured hams in his new restaurant? He had to poke and prod his father a bit but eventually Mr. Browning agreed to give one up.

The Start of Something Special

Not surprisingly, the country ham sold out at the restaurant in less than a week, so Paul begged his father, William for another and he came through. A week after that, they were out again. During the next curing season, Paul worked with his father to prepare more hams. That was fine for a couple of years - but then customers started asking if they could get a Browning’s Country Ham to take home and serve to their families for the holidays. Paul went back to the farm and worked on curing enough hams for both the restaurant and customer requests but word of mouth sold the ham faster than they could produce it.

Soon, customers began remarking that while their home-cooked hams were good, they weren’t as mouth-watering as those cooked at the restaurant. Reba came up with a plan to prepare restaurant-tasty hams, which required some sleepless nights as Reba and Paul took turns tending to the ovens 24 hours a day over the holiday weeks.

As the business continued to grow, the Brownings received requests to ship their hams to families outside central Kentucky. Soon, they were shipping them across the nation. Over time, Reba expanded their offerings to include flavorful new products, and she also wrote herself a family cookbook. 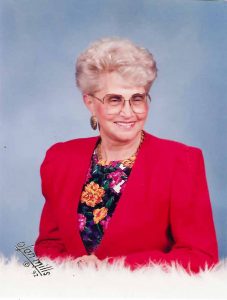 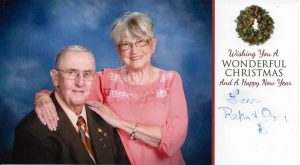 Rooted in Tradition With a Flavorful Future

With business booming, Paul and Reba retired in the spring of 2011, relinquishing the reins of Browning’s Country Ham to David Sponcil - a real-deal, down home farmer himself. David has worked tirelessly to bring exciting modern developments to the company, all while retaining its wholesome, old-fashioned methods and values.

New developments include a remodeled website, a company Facebook page, and a presence at nationwide events and festivals to promote Browning’s delicious, country-cured products. But the farming life is ingrained in David Sponcil - so you can rest assured that Browning’s Country Ham will continue to deliver the down home taste that made it famous.

Discounted Flat Rate Shipping with UPS on orders of $50 or more, due to shipping delays, orders shipping to California are not eligible for discounted rates Dismiss